Donatello was a fifteenth-century Florentine sculpture who helped to establish the increasing naturalism and growing emulation of Classical models that would be central to early Italian Renaissance. According to Volume II Art History, “Donatello’s bronze David was the first life size, free standing nude since antiquity” (Marilyn Stokstad and Michael W. Cothren 1995).

David stands 5’2 ¼” and was recorded to be in the courtyard of the Medici Palace in 1469. David is shown nude with a sword in his right hand and his foot placed gently over Goliath’s severed head. David doesn’t stand triumphantly over Goliath, but has a calm demeanor and lowered sword. Possibly to show humility and peacefulness. Or a deep reliance on God. It may even be considered by some more of a naivety in his stance. This sculpture is based on the old testament biblical story of a young shepherd boy with no military training who slays an undefeated giant. It is unclear the circumstances as to why this sculpture was created and so it has piqued the interest of many speculators.

We do know, according to Volume II Art History, “David was a potent political image in Florence, a symbol of the citizens’ resolve to oppose tyrants regardless of their superior power, since virtue brings divine support and preternatural strength.” (Marilyn Stokstad and Michael W. Cothren 1995). When these things, the slaying of a giant, the culture, the story, and how Donatello sculpted the boy’s stance, are brought together it creates a sense that David is gracefully poised between childish naivety and great responsibility. I think Donatello mastered this sculpture paying close attention not only to the things mentioned in the previous sentence but also by adding details to bring the sculpture to life. Like the helmet with the leaves sculpted around it. The ground below his feet is not just a flat surface but looks like rugged ground with a wreath surrounding it. He captured enough to really tell the story and bring us to this event that’s very real according to their history. 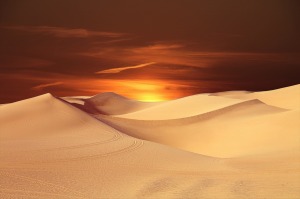 Jayne is a writer. On her free time she likes to be with her family hiking outdoors and traveling. New England is her home and place of birth. When asked what she wants to teach the world she replied, "Don't stop searching. Too many times, in my old life, I put my search aside for more 'important matters.' I didn't realize the thing I was searching for held what was most important; my soul purpose." Jayne works daily improving her craft and at times can get down on herself, but her favorite morning mantra is "It's a new day." and that's what she strives to start with. View more posts